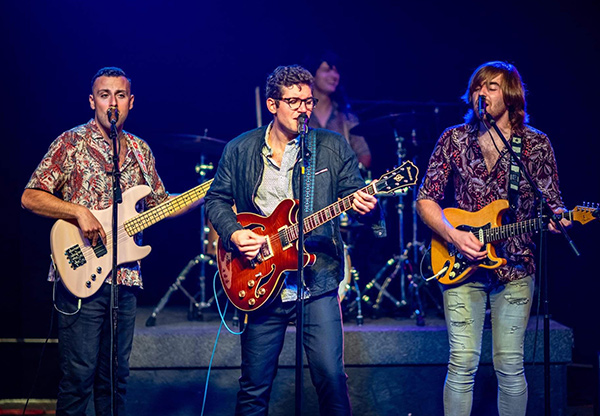 About:
The Social Bandits are in the business of keeping people dancing, and they do it well. With a Top 40 focused repertoire spanning through the greatest decades of music, the band keeps the night alive with an engaging, high-energy performance. The youthful band of mid-twenties best friends are seasoned live music vets with experience performing in renown cover bands in the Metro Detroit area. Jesse Medawar, Jared Bentley, Brad Rude, Dylan Walsh, and Matt Ryan have been bandmates in multiple variations for over ten years, and have reunited to create Detroit’s most exciting up and coming cover band. The Social Bandits are here to make your nights memorable, and they’ll do it in style.

COVER: $2
RESERVATIONS: Recommended for parties of 6 or more, before 8:00pm in the bar. Ensure your spot!