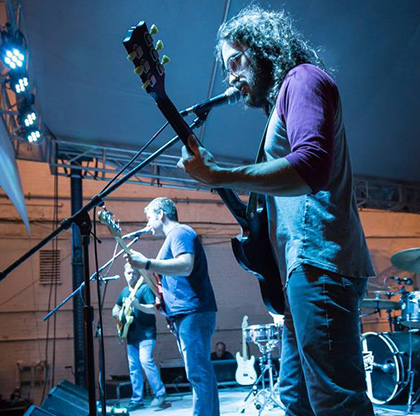 About:
The Jon Fett Quartet has played locally in Michigan for over 15 years. JFQ was born out of the necessity for spreading great music with energy like the greats who wrote it. While the line up has changed over the years, the Jon Fett Quartet continues to deliver music from the real pioneers of rock and roll, like never before. Containing members from local Michigan original acts such as, Miles Beyond, Vanilla Curve, Sweat, Lee Marvin Computer Arm and many more, this version of the JFQ is the most versatile, energetic and rock n roll of all! JFQ is equipped with an arsenal of covers of the best rock n roll songs in recorded history, as well as new original music that brings new depths to rock n roll and will escape out of Michigan to be the next big thing, Werewolves.

COVER: $5
RESERVATIONS: Recommended for parties of 6 or more, before 8:00pm in the bar. Ensure your spot!

Call Ahead for Seating:

Reservations Recommended for parties of 6 or more, Fri-Sat before 8:00pm in the bar.**